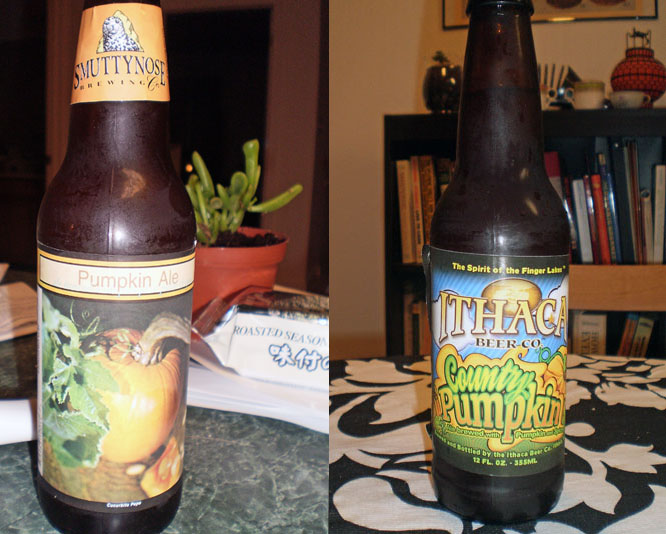 Last weekend I wrote about my love for Dogfish Head's Punkin Ale and my frustration with some other pumpkin beers I've tried in recent years.  But you know, I'm here to serve, so when I saw a few different pumpkin ale singles on sale (cheap--a straight 1/6 of the cost of the six pack) at Trader Joe's the other day, I figured it was my duty to give them a fair shake.

The results were positive.  I'm not going to say that the Punkin Ale has been knocked out of my top spot yet, but I've got a couple new beers in the style that I'm certainly happy with. 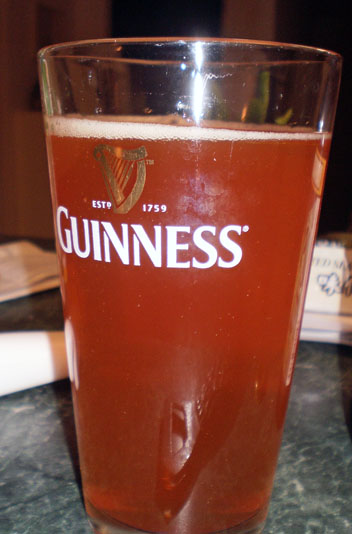 I've enjoyed some different Smuttynose beers over the years, most recently their IPA, so I held out some optimism for their Pumpkin Ale.  And I wasn't let down: what I like most about the Smuttynose Pumpkin is that it's a little bit of a different take on the style.  We're talking more hops here--registering at 35 IBU.  Nothing that'll blow your socks off, but enough to add another layer of depth to a beer in this style.

In their description of this beer, Smuttynose talks about how in colonial times, brewers often used pumpkins in an attempt to extend their supply of expensive imported malt.  So the inclusion of pumpkin to the mash for this beer isn't exactly unusual--we see it in a lot of the pumpkin beers out there these days--but unlike with some other pumpkin ales, I do think it's noticeable in the flavor of this beer; there's a kind of earthy, squashy note in the background.

There are the hops, the pumpkin, and, of course, the traditional pumpkin pie spices in the Smuttynose Pumpkin Ale.  Maybe Smuttynose is more conservative in their use of those spices, or the other notes just serve to mask them a bit, but I wasn't at all overpowered by cinnamon or nutmeg or allspice.  They served to complement the other flavors, not serve as the centerpiece.  And when you put it all together, this turns out to be one fine pumpkin ale.  It's a little off-center from those typical of the style, but that's what I like about the Smuttynose: it's a beer for the season, but unique in how it all comes together.

First off, I have to say how great the name of this beer is.  A clever play on words, but also accurate, considering Ithaca is out in the country. 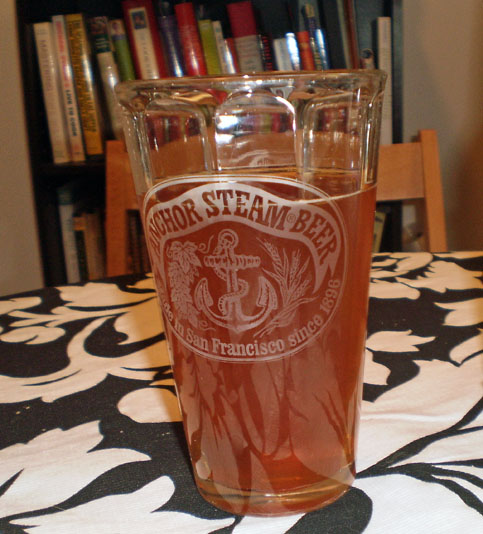 The beer itself represents well.  Compared to the Smuttynose, the Country Pumpkin is more traditional--slightly higher in alcohol (6.3% compared to the 5.8% of the Smutty), lower in hops, and more heavily spiced.  And there's nothing wrong with that, because the Ithaca Beer Company does a fine job here.

Ithaca's website says the spices used in the Country Pumpkin include cinnamon, nutmeg, ginger, and allspice.  I like the use of ginger; it adds a nice little touch of heat to the palate.  The other spices work well, although I think they could ease back a bit on the cinnamon.  A little goes a long way.

As it is, I'm not sure about Ithaca's suggestion of pairing this beer with dessert--I say just have this beer as your dessert.  I drank it alongside some samosas I'd heated up in the oven, maybe the first time I've had beer with samosas, and it was a splendid combination.  The crust, the potatoes, and those Indian spices of the samosas paired beautifully with the pumpkin ale.  That's a pairing you won't see often, but I'll tell you what: try it and I bet you won't be disappointed.

That sentiment goes for both of these beers.  Either one will certainly satisfy a craving for pumpkin beer, and on a larger scale, they both served to increase my faith in brewers getting this style right.
Posted by Masticating Monkey at 11:00 AM