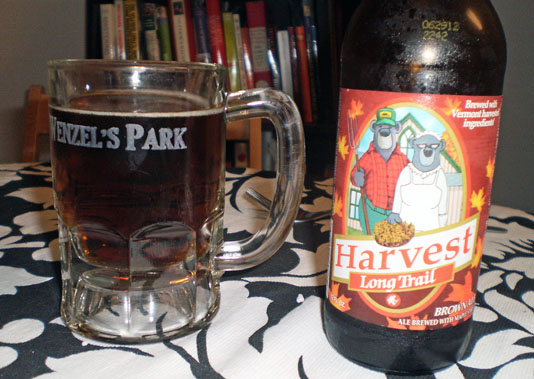 It was a little stunning when I saw it, after I'd drained my glass: the ABV of Long Trail's fall seasonal, the Harvest Ale, is just 3.6%.  I had just a single of the Harvest Ale, picked up on the cheap at Trader Joe's, and the ABV wasn't listed on the bottle.  I'm glad it wasn't.

I mean, 3.6%?  We're in light beer territory here (in fact, most light or "lite" beers are a little higher).  For one, I might have never picked up the Harvest Ale in the first place had I known, worrying that it would be too weak, not a "serious" beer.  So many craft beers are in the 6-7% range, and being a fan of strong Belgians, I've become accustomed to beers in the 9-10% range where you can barely even taste the alcohol.

Well, I'm glad I grabbed a Harvest Ale.  This isn't an amazing beer, I'll say that, but it is good and at just 3.6%, it's not weak--but it is sessionable in the traditional British way of the low-strength pint. 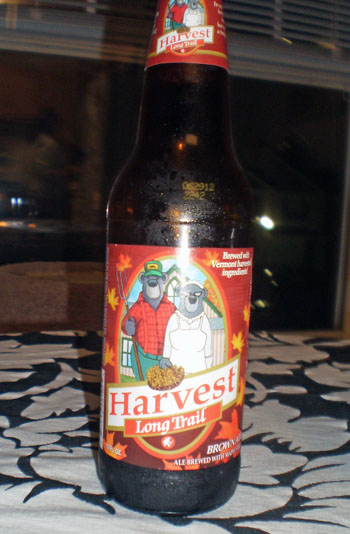 Long Trail Harvest Ale is listed on the brewery's website as a brown ale, but they mention that it's in the style of an English Brown Ale, "a more modern style from England that have been modeled after English Mild Ales."  So here we are again, this beer as a touchstone to others from a past era.

But like I said, I didn't know this about the Harvest Ale when I purchased it.  I got it because A) it was cheap, B) I don't know that I've ever not liked a brown ale, and C) the label mentions that the beer is brewed with Vermont maple syrup. 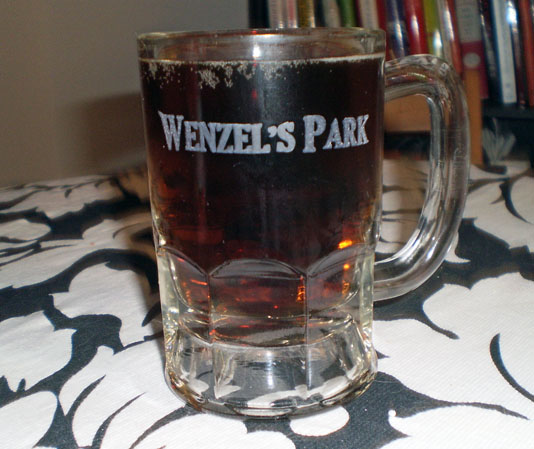 That last part had me particularly intrigued.  And as the Harvest Ale warms up, the hints of maple syrup do become more prominent in the taste.  Otherwise, this is a pretty standard brown ale, which in my book isn't a bad thing.  You get the maltiness, some nuttiness, and these characteristics work well in unison with that maple syrupy sweetness.  The beer is a little thin mouthfeel-wise, but otherwise the low ABV isn't really noticeable at all.  Except that one beer won't have you feeling the effects of the booze, at all.

No, I wouldn't put Long Trail's Harvest Ale in the same class as some of my favorite brown ales, like Dogfish Head's Indian Brown or Samuel Smith's Nut Brown Ale, but most brown ales--American or British--tend to fall into a comfortable middle ground for me: smooth and tasty and satisfying, especially in the fall or winter.  Long Trail's Harvest Ale fits right into that category, with the added bonus that it's highly sessionable without sacrificing taste.
Posted by Masticating Monkey at 4:19 PM