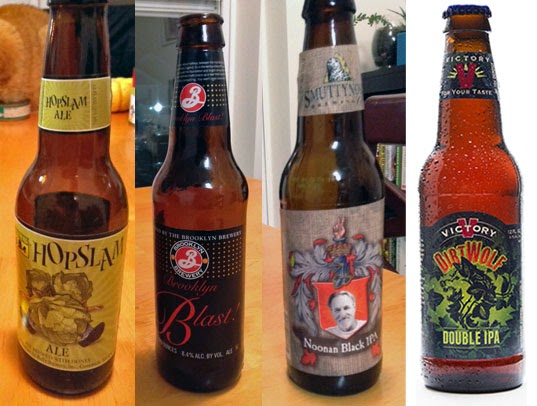 It had been several years since I'd tried Hopslam--I'm thinking around six, way back when I was spending some of my days in Southwest Missouri--and I was still something of a craft beer neophyte in those days.  After all those years, after honing my palate and developing a real affinity for IPAs, it was interesting to go back and try this beer that I remember as just overpowering my taste buds.  It was too strong, too bitter for me at that point.

Now?  Different story.  Did I always have a taste for the bitter but, as somebody who never really used to drink coffee, let alone strongly-hopped beers, needed to hone those specific taste buds?  Or did I actually train my taste buds in a way by drinking more IPAs and more coffee in recent years? 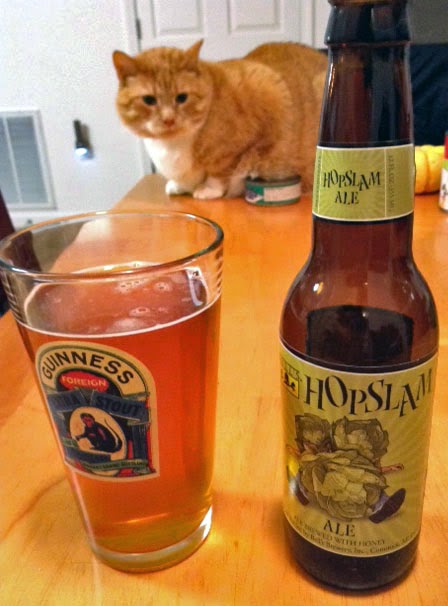 Whatever the answer to those questions, I now fully appreciate Hopslam, though I'm still not sure I'd rank it up as high as some of my favorite IPAs, like Heady Topper and Lagunitas Sucks.  The 10% ABV is noticeable, and I still think this is a pretty heavy beer, even compared to other double IPAs.  Maybe the honey that's added to Hopslam contributes to this (and to the bit of sweetness in the background), but I don't really mind.  I like a little variety, even amongst beers of the same style.

As for the hops, there's great, fresh flavor here.  Not to the same level as in a newly-canned Heady Topper--the vibrancy of the hops there is almost over the top--but enough so that the flavors really pop and outshine the thickness and sweetness.  There's a lot of good grapefruit flavor in there, and certainly a strong trailing bitterness.

This is an impressive beer for someone who likes IPAs and is accustomed to these flavors.  I'm glad my palate seems to have progressed to a point where I can fully appreciate this one, especially since I still have five bottles left!

I found this while wandering around Whole Foods in Paramus about a month ago, the first time I'd encountered it.  Since Whole Foods doesn't upcharge for singles (in this case exactly 1/4th of the price of the four pack), I figured it was worth a try. 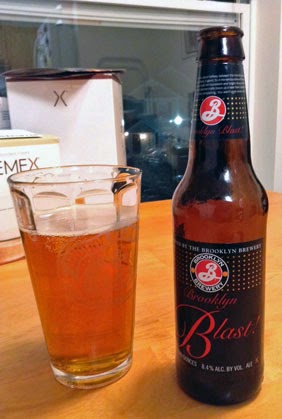 In the double IPA category, at 8.4% ABV, it's nice to see Blast! seems to now be a part of Brooklyn's regular rotation.  This is a good beer, though it obviously suffers in comparison to others in this style.

But Blast! does distinguish itself from many of these other American DIPAs because of the hops featured.  As described on Brooklyn's website, "we use earthy English hops to build the foundation and bright citrusy American hops to bring the noise."  This is a pretty well-balanced beer, especially for those in this style.  Maybe it's the way those English hops harmonize with the malty backbone, but the citrusy hop flavor isn't so prominent here, and even the bitterness seems somewhat minimized.

Granted, I love those citrusy hop flavors, so this is never going to be near the top of my list of double IPAs.  But it was enjoyable enough that I wouldn't hesitate to have this again.

This beer was available at Trader Joe's for something under $2 per bottle, more than reasonable for a new beer from a well-respected brewery.  Named after late brewing pioneer Greg Noonan, this isn't your average IPA.  The color alone will give that away; it looks like a porter or stout, but supposedly has the hops to bring those IPA flavors. 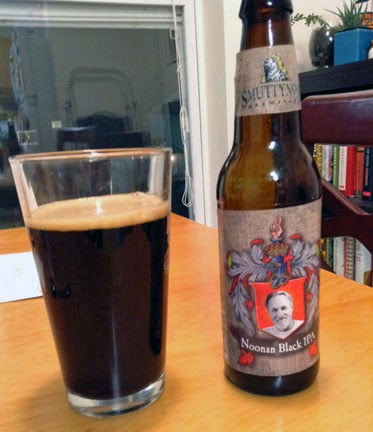 I say supposedly because I honestly didn't get those flavors.  What I tasted was definitely more in line with a porter.  Maybe I just drink with my eyes too much?  Now, this isn't to say the taste here was bad.  The roasted malts present do create a satisfying taste, but there was something slightly off here.  Maybe that was the addition of the hops--but the sign that they just didn't harmonize particularly well with the other elements of this beer.

Mouthfeel wise this one is moderately thin and well-carbonated.  It's only 5.7% ABV, so it drinks pretty easily, but there was nothing about this--at least to the way I tasted it, and I did let it warm sufficiently to make sure I was getting all the notes--that made it stand out to me.

Yet another double IPA, and another recent addition to shelves, Victory's DirtWolf replaces their past Hop Wallop IPA.  Victory is one of those beers that I tend to trust with pretty much any of their products, so when I found this on tap at The Hollow in Albany, I was excited to give it a try. 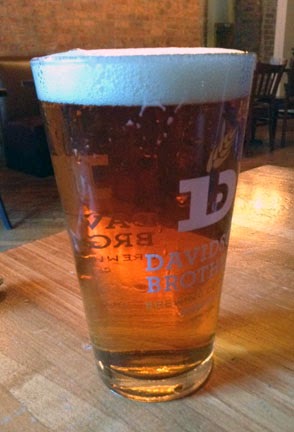 I'm glad I did.  Again, we're talking stiff competition in this style, but I think DirtWolf is an excellent addition, just a notch below the very top of this group.  On tap at The Hollow I found it to be very smooth, refreshing with the bold pop of the citrusy hop flavors, and only moderately bitter on the finish.  The Simcoe and Mosaic hops add a nice layer of earthiness and spiciness in the background; I'm never the biggest fan of strongly pine-flavored hops in my IPAs, but here I think the balance is just right.

For anyone in the Saratoga area, I just saw a four pack of DirtWolf on sale at Healthy Living Market for $8.99.  I didn't pick any up because I'm a little overstocked right now, particularly as I try to limit my beer consumption for the time being and slim down a bit, but it's a deal I would have otherwise jumped on.

In some ways I think it's easy to look at all these IPAs and double IPAs that are, in a way, flooding the market and get worried about over-saturation.  I've always been a fan of drinking a variety of beers, but lately I've been mostly into IPAs, so I'm not complaining.  Sure, I think at some point in the next couple years we're going to see a push back, and even true hop heads are probably going to be pushing for breweries to focus efforts more in other directions.  But this is a great time to be a fan of these beers.
Posted by Masticating Monkey at 3:26 PM