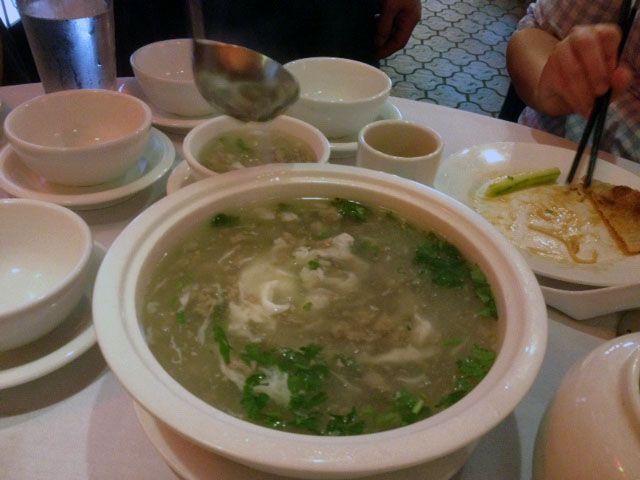 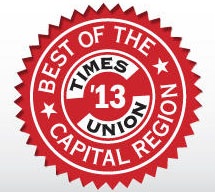 There are so many Chinese restaurants in the Capital Region--some little takeout joints, some more extensive sit-down places--and so many Japanese restaurants--most of the sushi or hibachi variety--that it feels insulting and ignorant to me that the region's major newspaper can't bother to give them their own category in the biggest annual poll in the area.

Is it a matter of space?  Then cut some other category.  Is it a matter of ignorance--the idea that all these Asian cuisines are pretty much the same?  I may not agree with some of Cheryl Clark's or Steve Barnes's reviews for the paper, but with their presence at the paper, I would hope this line of thinking isn't widespread throughout the Times Union's editorial staff.

Because when it comes down to it, it's pretty insulting to Capital Region diners on the level of their culinary acumen.  Maybe it's nothing more than the idea that residents of this area don't know any better--and part of that is because so many restaurants out here that serve Asian cuisine attempt to serve multiple kinds.  I don't know what the Times Union should do with the Korean category--until very recently, there wasn't a single dedicated Korean restaurant in the area.

Many area Thai restaurants also throw in some sushi; hell, some, like Shanghai Grill, try to do just about all of it--and end up doing much, if not all, poorly.  This also might lead to a lot of folks out here not realizing just how different the many cuisines from Asia can--and should--be.  And the Times Union is only adding to that confusion.

I can't speak to the three winners of the Times Union's Chinese/Japanese/Korean category, since I've yet to try a single one of them.  Maybe they are good.  But I have eaten at Ala Shanghai on several occasions now, and it really does stand out from most other restaurants in the region.  It's authentic, yes, but more importantly it's really consistently good across the board.

I don't say this just based on K's and my experiences there.  We've had the opportunity, on several occasions, to dine there with a number of her family members, people who know Chinese food, including the specific cuisine of Shanghai.  They've all been impressed not only by the xiao long bao (soup dumplings), but much of what was offered at Ala Shanghai.

And so we keep taking visitors there, and stop by sometimes when it's just the two of us, never getting tired of the food.  That's partly because the menu is not only extensive, but changes seasonally to feature vegetable dishes that are in-season.

I've tried so many dishes at Ala Shanghai that it would be a fool's errand to attempt to review them all here.  So instead I'll just mention some of my favorites, and after I click the Publish button, remember others and regret not mentioning them, too.


- Xiao Long Bao: Here's what I said about them for All Over Albany's favorite local foods of 2012 survey: "I love the balancing act of holding a soup dumpling on the spoon, a little vinegar surrounding it, and trying to capture that perfect bite without having the soup spill. The interior is rich and the skin delightfully chewy. I've had visitors, originally from Shanghai, praise these for their authenticity."  Nothing more to add now, except I think the skin might be getting a little thinner, which is even better.

- Lion's Head Meatballs: There are variations on this dish depending on where you are in China, but the Shanghai style features pork meatballs with a sweet and sour brown sauce.  These are tender and rich and a nice change-up, flavor-wise, from a lot of my other favorites from Ala Shanghai.

- Cold Sesame Noodles: K will sometimes make these at home, and those are the best, but the ones at Ala Shanghai are certainly good, too.  You've got to make sure to really stir those noodles so they pick up the sauce, which has lots of sesame and peanut flavor and can get messy because you just want to slurp the noodles all up.

- Wontons in Spicy Flavor: Pretty standard (good) steamed wontons, the star here is the sauce.  It's not overly spicy--there's a nice note of heat on the back end of each taste--but I love the peanut flavor to the sauce.  Surprising and successful.

- Sauteed Shrimp: These, I have been told, are a good standard by which to measure the expertise of the kitchen staff.  They may look like simple shrimp in a white sauce, but it takes real skill to cook them to the perfect level of crispness.  Ala Shanghai knows how to do so.

- Eggplant with Garlic Sauce: So many strong little touches elevate this dish.  The eggplant is sauteed to a melt-in-your-mouth level, the tiny bits of pork create nice textural and flavor contrasts, and the sauce is garlicky and not your run-of-the-mill goopy brown sauce.


- Rice Cake with Pork and Capsella: I'll admit, I'm a sucker for a well-cooked rice cake.  These are good as presented, but excellent when eaten with some of Ala Shanghai's hot sauce.

Okay, I think I'll stop there.  There's so much to choose from; the best is when you're with a large group and can order and try a bunch of different dishes.  When it's just two of us, the hardest thing is just deciding on a few.

We've only visited Red & Blue, which just opened this past winter on 15th Street in Troy, on one occasion so far.  That's certainly a small sample size, but I can't say we were all that impressed.  Maybe we could have ordered better, but we ordered two items off the menu that stood as good opportunities to measure Red & Blue's food against Ala Shanghai's, and they came up clearly short.

The first thing we tried at Red & Blue was their West Lake Soup.  This was a soup unfamiliar to both of us, even though K ate at Chinese restaurants throughout New Jersey and New York City growing up.  It's not the most exciting soup--a variation on egg drop--but it's interesting because it features cilantro so prominently.  It's supposed to include small pieces of beef, too, though at Red & Blue it instead included mostly bits of ham.

In a later visit to Ala Shanghai, we got the West Lake Soup for comparison there and didn't love it, either.  More balanced, and featuring more beef and no ham, it was fine, but I doubt we'll be seeking out this soup in the future.  Still, it wasn't the best effort from Red & Blue--their version felt like something you might call a clean up the kitchen soup, or something along those lines.

We also tried the Pork with Eggplant in Garlic Sauce--basically the same dish as one of those mentioned above from Ala Shanghai.  The version from Red & Blue really couldn't compare; the sauce was goopy, overpowering, and too sweet, and the bits of pork were even less noticeable.  This felt like something more suited for a Chinese take-out joint; Red & Blue presents themselves as more, even though they do offer takeout (a quart of this dish--the dinner serving, I believe, in the restaurant--is $12, compared to $11 at Ala Shanghai).

Maybe we'll try Red & Blue another one of these days, but it's hard when you have a place like Ala Shanghai nearby that's so clearly better.  Red & Blue is a different beast, though--they have more of a bar scene, with karaoke and such, which might appeal to the local RPI students.  They also are another of these area "Asian fusion" restaurants (even though I don't like using that term for these purposes; when I think of Asian fusion I think of the intermingling of two cuisines--not a restaurant that simply serves multiple Asian cuisines)--besides the Chinese, some of it pretty authentic and not all "Chinese-American," there's a very extensive sushi menu at Red & Blue.

So, thinking back to that Times Union poll, I can't help but wonder where the blame really falls: on the media, the restaurants pushing the multiple Asian cuisines, or the public that goes along with it as if they were from some small, rural town with no real Chinese or Japanese options?  Probably a combination, and ultimately it only matters so much: as long as you have a place like Ala Shanghai around that turns out consistently tasty, authentic, and affordable cuisine, you can forget for a while where you are.

All photos courtesy of Lucy Chen
Posted by Masticating Monkey at 1:10 PM