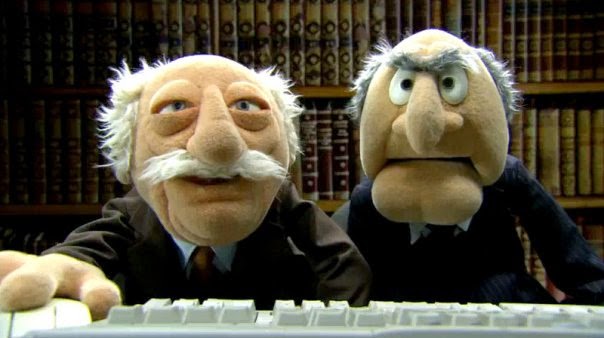 I like Jonathan Gold.  Of course, right?  He's a Pulitzer Prize winner, one of the best food critics (or food writers in general) in America.  I've been familiar with his work for some time because I went to college in Los Angeles at a time when he was writing for the L.A. Weekly paper; even though I was far from a "foodie" back then, I do remember reading many of his pieces with interest and hitting up a couple of his finds, like some dive taco joint in Santa Monica that was, unsurprisingly, fantastic.

More than anything, I regret spending four years in that city and not following his leads on a weekly basis, particularly because I can't foresee myself living there again.

But I mention him here because I just came across an interview he did with Eater, and some of his comments got me thinking about the role of food criticism in a city like Albany and my (albeit small) role in that.  Compared to other cities I've lived in or near, Albany is a place in which tough criticism doesn't flourish.  There are reasons for that, though; Gold hit on some of them, and after I parse his comments, I want to elaborate a bit since I've been pondering this issue lately while mostly taking a little break from my own food writing.


Gold: The key thing, keeping a critic is really expensive... A, the expense of hiring them; B, the expenses are a ton; C, this is something that happens in small publications more than bigger ones, but if you're in a publication that depends on restaurant advertising, then if your critic is good, then he or she is going to cause problems for you at some point. You're going to think your expenses are going to make you want to put a bullet in your head.

Unless you're a completely food obsessed city, and you're like Savannah or Charleston, New Orleans, or San Francisco, San Francisco's not a small market. There's not that much interesting stuff to write about a lot of the time. You know, traveling around the country, you're going to a mid-sized place like Kansas City, which has 20 really good restaurants. Or Reno, which has not 20. There are full time critics, and it's so hard. You don't want to review the Olive Garden, you know...

I'm not going to use this as an opportunity to make fun of the Times Union for reviewing the Texas Roadhouse chain this past Sunday.  The place is wildly popular, and it's not like there are restaurant openings frequently throughout the region.  So a chain restaurant review is okay once in a while, in my opinion.

That said, it sort of goes against my philosophy of wanting to highlight independent, often under-the-radar, sometimes (if only there were more chances) ethnic restaurants.  But this just isn't realistic here.  It drives me crazy sometimes, being in an area of this size.

The thing is, however, that just because some restaurant might fit my criteria above, it doesn't mean it's going to be good.  And just because something isn't good, I don't think--as I've demonstrated on (too many) occasions here on this blog--that means it shouldn't be discussed.  I know some people don't like it when I voice criticism for local establishments.  But I want the food scene here to be better, and I think that if I can, even on this minor scale, highlight both some of the good and some of the bad, it could help lead us to more satisfying dining experiences.

But to go back to something Gold said above, being negative can be bad for business.  Not the restaurant's business, but the publication's business.  And I can feel this more in the Capital Region than in any of the other cities I've lived in or near in the past decade.  I think there's a combination of an inferiority complex here--being in the shadow of cities like New York and Boston--and a desire to really prop up the even moderately good things we do have here.  Because hell, without those places, things would really be bleak.

Let's go back to Gold again before I go on:


There's some key ways of looking at this: One, restaurant critics have never been anonymous, right? Never. The people who think they're anonymous are just kidding themselves, because when a restaurant has that kind of financial involvement in knowing who one of their customers is, they're going to know. So officially, the moment I stopped being anonymous is the day I won the Pulitzer at which point, the Pulitzer guys ran a thing. Even one of the interns, not the interns, one of the social media people at the Weekly ran my picture in an excited blog post, and it's like, by the time I realized and had it taken down it was on every food blog there is. Of course, no other country has anonymous reviews, even for Paris. Although, the Michelin inspectors make a pretty good try.

I hear what Gold is saying here.  We live in an era where it doesn't really matter what kind of disguises you wear as a critic; if you're in a major market, and particularly if you step into a fine-dining establishment, people are going to know you're a reviewer.

But I've been thinking about this issue lately, and in the Albany area, which feels like a small town where everybody knows everyone else, I think it's especially problematic when it comes to restaurant reviews and the lack of tough criticism.  Where are you supposed to turn--Yelp, which has many skeptics?

The food scene here is quite small.  The same people traverse the same terrain, meeting the same people, eating and drinking at the same places, and access to the locals who run these establishments is pretty easy.  And a lot of these people are genuinely nice and friendly; it can seem like one big family.


When we go back to the idea of fair, sometimes tough, criticism, though, I think this leads to problems.  Even in my very small little corner of internet food writing, I've received invites to attend a number of special events put on by restaurants and food businesses in the area.  I've mostly been unable to attend because of my teaching schedule, which in some ways has made me a little sad--who doesn't want to be wined and dined and treated, you know, special?

I certainly don't begrudge anyone for attending these events; I might well have, too, if doing so hadn't meant canceling a class.  But I think this has also led to some accountability issues in the local food criticism scene.  It is a LOT harder to write even-handedly about an establishment if you've met the owners, if they've been totally gracious and sweet to you, and you know they're trying really hard to do a good job.  The problem is, trying hard doesn't always equate to doing things well, so a lot of places out here I think get a bit of a free pass because they've played a smart (and quite possibly sincere) game of making connections with the local food writers, be it the bloggers or the folks publishing in print.

An example: It didn't take me long to realize that I couldn't really take the restaurant reviews in Metroland very seriously; review after review seemed to mention old friends of the writer's who ran the restaurant, or, even if they weren't old buddies, just what wonderful people the proprietors are.  This doesn't mean that the food isn't necessarily good at these restaurants; it's just that the reviews are always glowing, but not often enough about the food.  To quote Gold again, from a different interview:


As a writer of criticism, the consumer thing is the least interesting thing, but as a critic, the single worst thing you can do is send a reader to waste time and money on something—even if it’s something you personally love. You have to indicate the reasons why you love it. 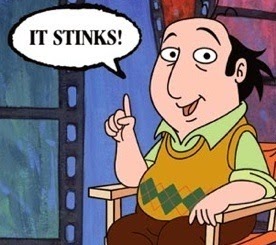 Granted, my own (and others') Eat This articles for All Over Albany were inherently positive, too, though at least those weren't written under the guise of being reviews, per se.  Still, there seem to be woefully few outlets for legitimate criticism out here.  I think this does go back somewhat to Gold's point about advertising dollars and the challenges in a market like this, but that doesn't mean it can't work; I remember fondly reading the Pittsburgh City Paper dining reviews during my three years in that city and really learning a lot about food from the writers there (who, I'm happy to see, are still going strong several years later).  And, of course, you can look to Gold's own work for L.A. Weekly.

I don't want this to sound like I think that what I'm doing is better than what others are doing.  But I've been attacked by some who don't understand that an honest review isn't always positive.  I set out on my Eat This adventures with a lot of hope, expecting to highlight a lot of great, under-the-radar eateries.  But for each restaurant I wrote about, there were typically at least three or four other places that I visited and had to cross of my list because they didn't live up to expectations.  Most were mediocre to below average; a couple I felt a need to highlight on this blog because their problems stood out so egregiously.

So I want to put this out there as questions for anyone reading this: Do we need more fair and even-handed criticism in the Capital Region dining scene?  Should those reviewing restaurants not be bedfellows of some sort with the proprietors?
Posted by Masticating Monkey at 9:21 AM

Email ThisBlogThis!Share to TwitterShare to FacebookShare to Pinterest
Labels: Bloviating, Eating out, Miscellany